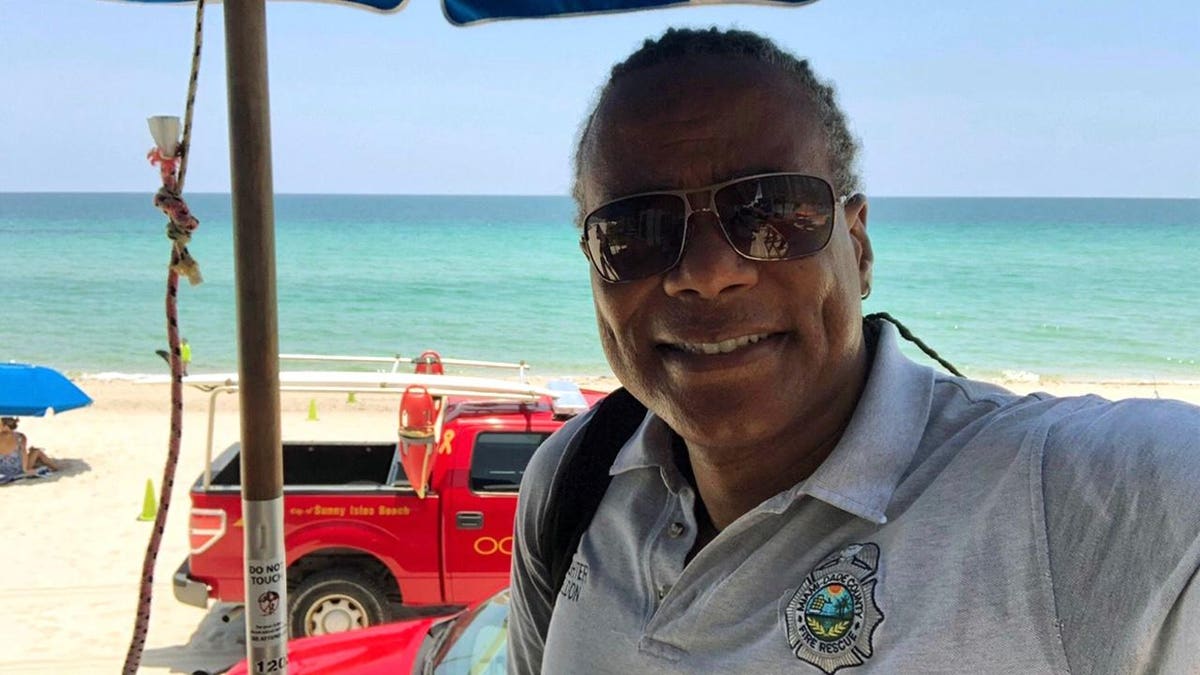 By Julia Yarbough, Next Avenue

Miami-Dade (Fla.) Fire Rescue firefighter and paramedic James Weldon, 55, recalls the myriad of emotions pumping through him during a routine rescue call when he was a rookie 17 years ago. Not because of the severity of the medical treatment, but for the words the female patient in her 80s hurled his way.

“As soon as I walked in, she looked at me and said, ‘I don’t want that ‘N-word’ touching me!'” recalled Weldon. “At that moment I was shocked. I was embarrassed and I was angry.”

Other Black emergency rescue workers tell Next Avenue that they have experienced similar racist bile against them while on the job.

Weldon, who is now a few months from retirement, put his incident in perspective, recounting his childhood in Georgia.

“There was a lot of racial tension growing up and I remember being called the N-word in the first grade while on the playground,” he said. “So, I knew then that word wasn’t good. And that’s when my great-grandmother sat me down and talked to me and started exposing these things to me.”

Weldon said it never entered his mind that helping save lives might transport him back to that Georgia playground on that rookie call. “We walked into the home of the patient and the husband greeted us. The patient was in the bed and just sitting there nice and calm. There were three of us on the crew who walked in, and I was the only Black person.”

Hearing the woman use the N-word shocked him. “I was taken aback. And it was kind of embarrassing because my co-workers were there with me,” said Weldon. “But the officer who was with me stepped forward and said ‘Ma’am, if he cannot touch you, then none of us can touch you.'”

Those in the fire service point to limited minority representation as one culprit for offenses like that one. If more persons of color were firefighters and rescue workers, that might lead to the general public to treat them more inclusively.

A 2018 report from the National Fire Protection Association tabulated that of the 1.15 million career and volunteer firefighters in the United States, only about 9% were Hispanic or Latino, 8% were African American, 1% were Asian and 5% were women. White men historically and currently account for the largest percentage of U.S. firefighters.

Gary Tinney, executive vice president of the International Association of Black Professional Fire Fighters (IABPFF) who retired in 2019 as Captain of the New Haven, Conn. fire department, said he navigated many racist incidents during his 27-year career.

“I have been told to leave a call, or asked if anybody else was available to help,” explained Tinney. “Unfortunately, you have folks with those views. I advise anyone to document such incidents and notify their superior.” Tinney said it’s important rescue workers make sure their department leadership does not embrace or condone such behavior.

The IABPFF formed in 1970 to address the challenges faced by the relatively small numbers of Black firefighters. It tracks their data and advocates for increased representation, diversity and recruitment.

A white Northern California fire chief who did not wish to be identified said learning that a member of his team had faced racial slurs was disheartening. When he inquired among his crew members whether they’ve encountered such racism, to his dismay he was told it happens often.

“I was apologetic these professionals had to endure something like that,” said the fire chief. “One crew member told me it has happened throughout their career. They told me they use such incidents to educate others and break down barriers.”

Miami Beach Fire Captain Darryl Bell, 47, said his approach when victimized by racism during rescue calls is to diffuse situations.

“About ten years ago, we went to a cardiac arrest call. I was a paramedic. We worked on an older gentleman who had two grown sons,” explained Bell. He and his crew helped the patient, and then put him in a rescue vehicle destined for the hospital. “I stayed behind to clean up the medical debris. One of the sons asked me ‘Is my father going to live?’ I told him, ‘My crew is doing the best we can for your father.’ Then he said to me, ‘Hey you F’n N-word, you better do the best you can for my dad!'”

A 24-year veteran firefighter and paramedic, Bell became the first African American promoted to Miami Beach Fire Department division chief in 2015. He has since returned to Captain, preferring responding to calls over administration.

Some Black and Hispanic rescue workers, like Las Vegas Fire Captain Lionel Newby, believe that as long as racism exists even life-saving professionals will be targeted.

A 26-year veteran, Newby said he has encountered patients who’ve declined his help because he is Black. He called it frustrating, but said he reminds himself that his oath is to serve and protect everyone needing assistance.

“At the end of the day, we are here to provide a service,” said Newby. “It is challenging, because you want to give that person one hundred percent of what you are trained to do. And that is save lives.”

What Paul Volcker taught us about taming inflation I Charts That Count
Will China become the centre of the world economy? | FT
Stock futures move higher after Friday’s big sell-off, investors monitor omicron Covid variant
More than $87 billion in federal benefits siphoned from unemployment system, says Labor Department
Here’s how to get a jump-start on the upcoming tax season