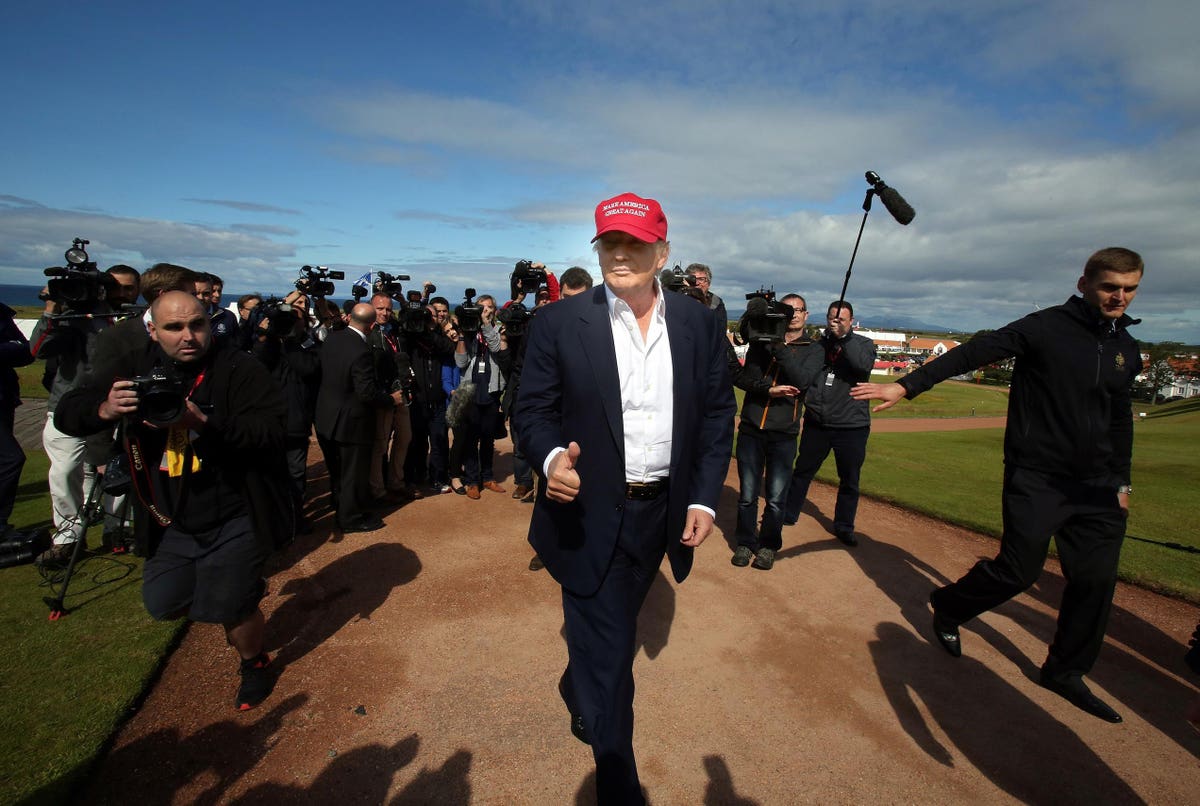 A court in Scotland has ruled that Scottish ministers do not have a “duty” to investigate Donald Trump’s purchase of Turnberry Golf Club using an “unexplained wealth order.”

The ruling is a victory for the Trump Organization, which has always refused to answer questions about its funding for Turnberry Golf Club. The property is one of two loss-making golf courses Trump owns in Scotland, which campaign groups have said are funded with suspicious wealth.

Avaaz, a New York-based campaign group, published a report in 2019 which raised questions about the $60 million Trump paid for Turnberry Golf Club. It wants clarity about where the money came from, particularly since Trump bought the property during a “cash buying spree” when many of the transactions originated from “locations highly conducive to money laundering such as Panama and the former Soviet Union.”

In attempt to gain some transparency, Patrick Harvie, a Scottish minister, brought forward a motion calling for an unexplained wealth order (UWO) to investigate Trump in February.

A UWO would give Scottish authorities the power to question Trump about where the money used to purchase Turnberry came from. If they were unsatisfied with Trump’s responses they could seize the property using the civil recovery process.

But when this motion was defeated in the Scottish parliament, Avaaz asked Scotland’s Court of Session for a judicial review of the legal process behind seeking UWOs. Avaaz argued Scotland’s ministers had a “duty” to seek a UWO in light of money laundering suspicions. Scottish ministers, on the other hand, said the decision could only be made by the Lord Advocate of Scotland.

But the ruling, published today (25 November), clarifies that the decision to issue a UWO lies with the Lord Advocate of Scotland, and not with Scottish ministers.

In response to the ruling, Avaaz now wants the Lord Advocate to take action. “We’re still strongly of the view that an unexplained wealth order should be sought,” says Nick Flynn, legal director at Avaaz.

“The Lord Advocate should take urgent action in the interest of the rule of law and transparency, and demand a clear explanation of where the $60 million used to buy Turnberry came from.”

Patrick Harvie’s party, the Scottish Greens, which have recently entered into a power sharing deal with the Scottish National Party (SNP), also want tougher action from the Lord Advocate. “Scotland must have a zero-tolerance approach to potential financial crime, regardless of the suspect,” says Ross Greer, the Scottish Greens finance spokesperson.

The ruling also pointed out that “Scottish Ministers may still make a UWO application in relation to President Trump’s Scottish assets,” meaning the Scottish parliament could vote again on issuing a UWO if new evidence about Trump’s finances came to light.

Today’s ruling comes at a time when Trump’s golf courses are facing some of their toughest legal battles. The Manhattan District Attorney’s office has launched a probe into several of Trump’s golf courses amid concerns that finances were misrepresented to secure favorable loans and tax breaks.

The Trump Organization did not reply to a request for comment at the time this article was published, and Donald Trump himself has not spoken publicly on the subject, though in February, his son Eric, called the debate on UWOs “pathetic.”