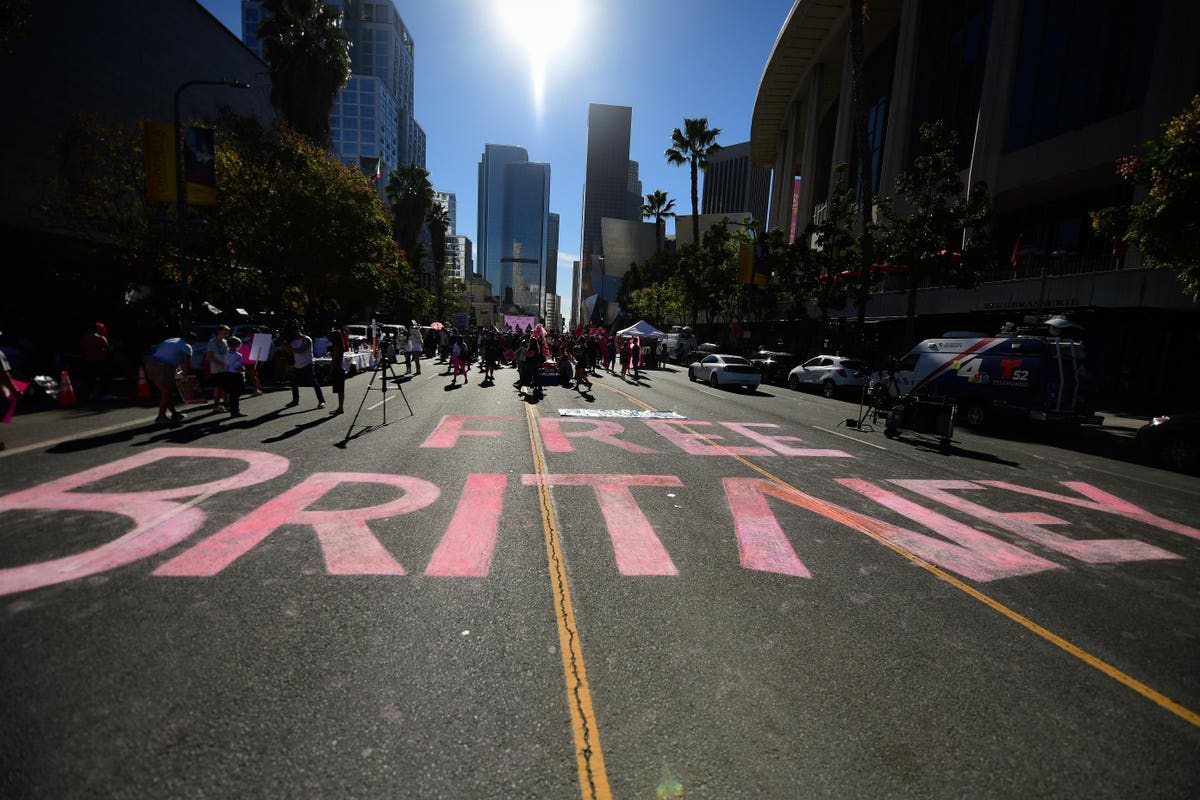 “Jay” Powell – that is.  The famous “dangerous transitory man” has pivoted again, as we, and the market, expected. In a flash he went from the “transitory inflation” camp to “persistent inflation” camp.  As expected, the yield curve underwent a vicious flattening twist, breaking carry strategies and market calm at the same time. Investors were again exposed to the whims of central bankers who do not know any better than the rest of us, but believe and talk as if they do, until they change their mind without warning, and whipsaw confidence and markets. So much for an early start to the Santa Claus rally.

Britney is free, but captive bond markets are still at the mercy of men and women with the printing press who can change their mind … again. The markets have been telling the Fed all along that there was nothing “transitory” about inflation, but it took questioning by other lawyers that made this one lawyer “retire” the term. Neither nominal not real yields reflect economic fundamentals today, because bond prices are set by the marginal price setter – the central banks.

But as Jim Bianco of Bianco Research has been pointing out for months now, central bankers are human too, and they go through the five stages of grief like everyone else: denial, anger, bargaining, depression, and finally … acceptance. The Fed has accepted it was wrong, and capitulated, and the ECB, led by “transitory lady” Christine Lagarde, will not be far behind. In my humble opinion, when the facts change it is ok to change your mind. Just do it without much delay so you don’t waste other people’s money and cause serious damage by being mulish.

The sudden hawkish pivot of the Fed has created mayhem across financial markets because it took so long. The “reflation” trade which came in many different flavors from easy policy to re-opening of the economy really came unwound in October and November. Here are some examples: levered yield curve steepening trades were unwound resulting in short yields rising and long bond falling in yield. One could interpret long term yields falling as a sign that the market thinks that the Fed is making a mistake that would slow down the economy, hence lower long bond yields are rational.  I have a different view.  It seems to me that given the relative illiquidity of the long end of the bond market and little free supply, this is a technical unwind from the steepening trades being taken off to stop losses. As of this writing thirty year maturity long bonds are yielding only 1.75% (Source: Bloomberg), which is almost 4% lower than inflation, so I don’t see a fundamental reason for anyone to love these long bonds unless some rule forces one to buy them – e.g. pensions and insurance companies looking to hedge liability risks, for instance, or for foreign investors from Europe and Japan who have to pay to own bonds in their own countries; energy stocks were pummeled as crude oil collapsed faced with the specter of lockdowns, and a Fed taper acceleration that was a one-two punch in the face of travel related spending; small cap stocks lost almost 6% in the last month relative to long duration mega-cap growth stocks; and stock and bond volatility has begun to wake up. Even currency volatility is stirring as each major central bank starts to set policy with its own local objectives in mind.

I think of the events of Tuesday’s Powell testimony as a  “last call” to hit the bar, which might still be holding asset prices up temporarily. Going back to college days, we knew that when the bartender said it was last call for alcohol, those still standing would make a rush for the bar, and order a couple extras, or maybe that last lethal “scorpion bowl”. So despite the pivot by Powell (1) the Fed has not committed to tapering faster yet, (2) they are still pumping in a hundred billion plus every month of liquidity into a drunk market flush with liquidity, (3) Powell can and will pivot again if December 2018 repeats; i.e. the market crashes, or maybe even goes down 10% or 20%. This is what the market believes. We just have to wait and see if we can trust the Fed – the market should quickly put policymakers to the test to see how deep the love of markets really is.

So what does this mean for investors?

First, as I wrote in my Thanksgiving edition , it never pays to be the last comfortable turkey who waits until the day before Thanksgiving to have a sudden recalibration of reality. Exiting or hedging risky assets before everyone else gets the same idea should rank high amongst investors to-dos. Unfortunately the VIX has already almost doubled (from 16 to 31) in a couple of weeks (source: Bloomberg), so short dated options are not that cheap anymore in my view. Looking out in time, if we believe that the recent Fed pivot is going to be followed by years of tightening (before markets cry out in pain again), longer dated option volatility is preferable for building robust hedges for stock portfolios.

Second, if the Fed is tightening policy shouldn’t bond prices fall and yields rise, especially when inflation is running so hot? Yes, absolutely. But in the short run the opposite has happened, and as I mentioned above, this appears due to technical unwinds of steepening trades, in a period when the Fed is still buying lots and lots of bonds. In six months’ time the taper will most likely be done, at which point this bid from the bull in the china shop would have disappeared. If inflation is persistent, anyone buying bonds at current yield levels will almost certainly lose real purchasing power. Of course, the risk of a pivoting Powell is that once the market cries in pain, he pivots again and eases – and perhaps the market, now well-educated to the dance, is prepping itself for that pivot. My own opinion is that once the trillions of money printing ease, the first reaction of bond yields will be to rise, not fall. Which means that the last call that has sent patrons to the bond market will be best advised to exit before this bar closes down for good.

Finally, as my readers already know by now, there are countries like Germany and even France, Italy, Spain, Japan, where most maturity real yields are negative, and almost half the nominal yields are also negative. In these countries, where more than 50% of the bonds are owned by the central banks, a pivot would be devastating to their bond markets, and for the public who indirectly owns these bonds. Which probably means that these bond markets actually become “government bond markets”  in the truest sense – only the government issues them, and only the government buys them, in order to keep yields low to make sure that debt servicing costs don’t explode up. In other words printing more debt to keep up the value of old debt. Like what happens to the grass when elephants fight, any private investor will probably get trampled.

We are facing an era of pivoting central bankers.  All of us, including the retail army of HODLers, and “Buy The Dippers” who have been conditioned by their friends at the Fed to think that central bankers love them should hear Britney when they see the latest pivot:

Oops, I did it again

I played with your heart, got lost in the game

Oops you think I am in love

That I’m sent from above

I’m not that innocent

Bank Of America: This Cryptocurrency (Not Bitcoin) Could Become The ‘Visa Of Crypto’—A Huge Price Prediction For Solana And Ethereum
Here are the top spots to shop for the winter vacation home of your dreams
Mortgage Borrowers Anxious About Impending Rate Increases Should Lock Their Rates Now
You can get up to $8,000 back in tax credit for child-care expenses. Here’s what you need to know
‘Visa Of Digital Assets’—Bank Of America Issues Shock Ethereum Rival Prediction As The Price Of Bitcoin, BNB, Solana, Cardano And XRP Suddenly Slide